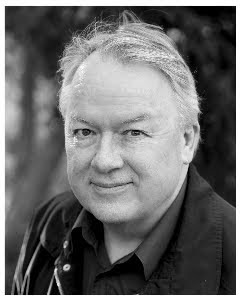 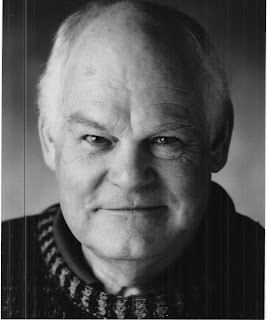 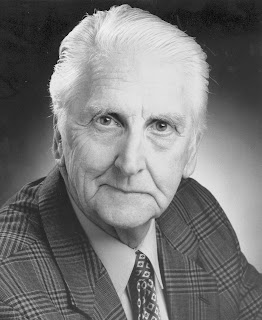 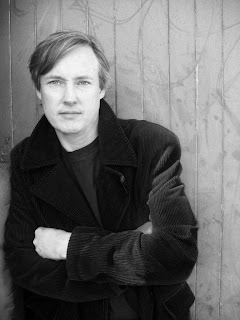 Those ages might give it away. The characters of Do not go gentle…. are all in their 80s, apart from two (relative babies) in their 50s. It’s been more than half a decade since the play won a swag of awards and it still hasn’t been produced anywhere, and I think that age must have something to do with it. Does anyone want to watch a play about people in their twilight years? David Williamson’s MTC newie is about folks in their 60s, but then his program notes quote surveys that find people are at their happiest in their 60s, so he’s not exactly waving the spectre of mortality in anyone’s face.

Do not go gentle….isn’t a feel-good portrait of loveable, doddering old folk. The script, at least, is a bracing drama full of fantastical elements and dark comedy, tracing Scott’s race to the South Pole as a gentle metaphor for our own search for something of lasting importance. It’s wonderfully layered and full of wit, which makes it even stranger that main stage companies around Australia have all passed up opportunities to include the work in their calendars.

BAILEY: I would think that MTC subscribers would get a lot from Do not go gentle… given that a lot are middle-aged or older.

ROBERTSON: Once they’re in there. But the trick is to get them in there. If you put this in the [MTC] brochure it wouldn’t be the most favoured play.

NORRIS: I think they do.

ROBERTSON: I think there’s a buyer resistance. If you look at television there are very few shows about old people.

NORRIS: Hence a lot of old people are bored to tears by television. The aged have become more alienated by shows than ever, because the younger demographic is changing so quickly. Their music, their style of behaviour, their style of dress. The whole thing is so alien to old people. They move away. That’s my theory, because they’ve changed so dramatically. They’re no longer polite, they don’t dress politely, there’s the dreadful music they play. Knives. I’m very alienated by it.

[Norris suggests that a certain attitude in some older audiences might also be to blame.]

NORRIS: ‘I like to go to the theatre for a good laugh. There’s so much sadness in the world.’

NORRIS: If they want a good laugh, go to the cinema.

ROBERTSON: It’s like the Australian Opera last year with Lady Macbeth of Mtensk. I went to a performance and at the interval they left in droves. This was a well-heeled audience.

MEYRICK: What did they think a play called Macbeth was going to be about?

NORRIS: It’s like the MTC subscribers. They’ll come along [to anything in the MTC program].

ROBERTSON: But we always knew in the old days that they’d all be asleep in the front row!

MEYRICK: Maybe. I’m glad I don’t have that pressure.

NORRIS: It’s a challenging play for an audience but a very rewarding one. There are fascinating scenes. Love scenes between older people, that sort of thing.

NORRIS: We’ve been lucky with the sponsorship in that regard. Viagra’s one and at the other end are Le Pine funeral directors.

BAILEY: There’s quite a bit of action in the script. Fight scenes. One scene where you’re carrying another actor the whole time.

ROBERTSON: My daughter keeps saying ‘Don’t you do it, dad!’

NORRIS: You are going to carry him? Good on you. You’re never too old for a challenge, I tell you.

MEYRICK: To be unsentimental and uplifting is very difficult. I remember saying to [playwright Patricia Cornelius] that it’s a play about aging and I thought she was going to clock me. For her it’s not about aging. It’s a play about loss. And the way that loss is freighted at a certain time of your life and how it’s dealt with. These are characters who’ve reached a certain point in their life where they are able to look back and take stock.

MCCONNOCHIE: It defies some of the myths about aging, really. People talk about getting wisdom when you’re older. But I know some really stupid old people. I think if they were stupid young people they’ll be stupid old people. There’s a certain air of knowledge people get as they get older but it doesn’t necessarily come with the territory at all. The play avoids any of those generalities.

I came quite late to it. I nudged my way in really. I had heard about this play and met Julian schmoozing in a foyer. I was really struck when I read the play. Because Scott’s reality is so strong and he imposes it on other people. Most of our discussions now are about at what point he communicates with other people or if he’s in his own world.

NORRIS: If I say my character’s on a journey towards death, I wouldn’t want to put the audience off. ‘Oh shit, it’s going to be a play about people dying’. It’s not as bald as that. But for me it is. Unrequited ideals. A life that’s basically wasted.

ROBERTSON: In a way it’s the same thing that we face, as actors growing older. When do you give up?

NORRIS: Except that we haven’t got that idealism. We haven’t spent our life pursuing that ideal, that philosophy.

ROBERTSON: Well I have.

NORRIS: But an ideology that has proved to be made of bloody quicksand. I’ve spent my entire fucking life and it’s come to nothing, and was in a way a con-job. I think a lot of older people feel that, very often. Like the Peggy Lee song: “Is That All There Is?” I’m at the end of my life and it’s gone very quickly, and for what?

MEYRICK: I find it a very frightening question and I’m not even that old.

NORRIS: You’ve got it coming, baby.

ROBERTSON: It’s wonderful to be with actors who know what they’re doing.

NORRIS: I’ve noticed with older performers they might make suggestions or contribute more to a director’s ideas than a younger person. I don’t know whether Julian would agree with that.

MEYRICK: This cast are fairly truculent.

MEYRICK: Many of the things you might need to suggest to a younger actor, they just don’t require.

NORRIS: I think it’s respect for each other.

MCCONNOCHIE: But you go on learning. Because acting is such an indefinable thing, every experience is one where you hope you’ll learn something about yourself and the craft that you’ve been practising for some time. I’m finding this extremely difficult as a role, so it’s not a complacent situation at all. The fact that I’m surrounded by people of even greater experience than me is fantastic. It’s reassuring.

NORRIS: As one gets older, a lot of one’s competitors die off. If you reach our age and can still remember lines and try not to bump into the furniture, you can keep going.

MCCONNOCHIE: It is a stayer’s game. If you can survive the first 30 odd years you can keep going. I like to think that actors never stop and just keep going until they drop, and the image of the actor dying on stage is a traditional one. But I have to say I’ve gotten to the stage where I don’t know if I really want to do it as much as I used to. I have to work, I can’t afford not to, but playing small roles is something I’ll probably do in the future.

NORRIS: It’s much easier at our age to act in film and television. The challenge is acting on stage where you begin at the beginning and end at the end two hours later. Film and television is a bloody breeze. Short scenes. A lot of older actors lose confidence in acting on the stage. So here you have a very brave group of geriatrics. I might be a bit slower getting up but the audience when you’re older is with you. They’re on your side.

MEYRICK: But in other ways it’s not a young person’s game. It really does take 30 years on stage to get 30 years of experience. You can tell that straight off. So I think it’s weird what we’ve done to the theatre.

NORRIS: It’s the year of youth isn’t it?

MEYRICK: Well it’s the year of paranoid obsession about it and denying anything to do with getting older. Which is also a bit weird because that’s the direction that all people are travelling in.

NORRIS: There’ll be a lot more of you when you’re our age.